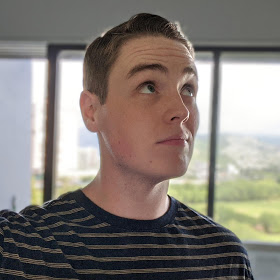 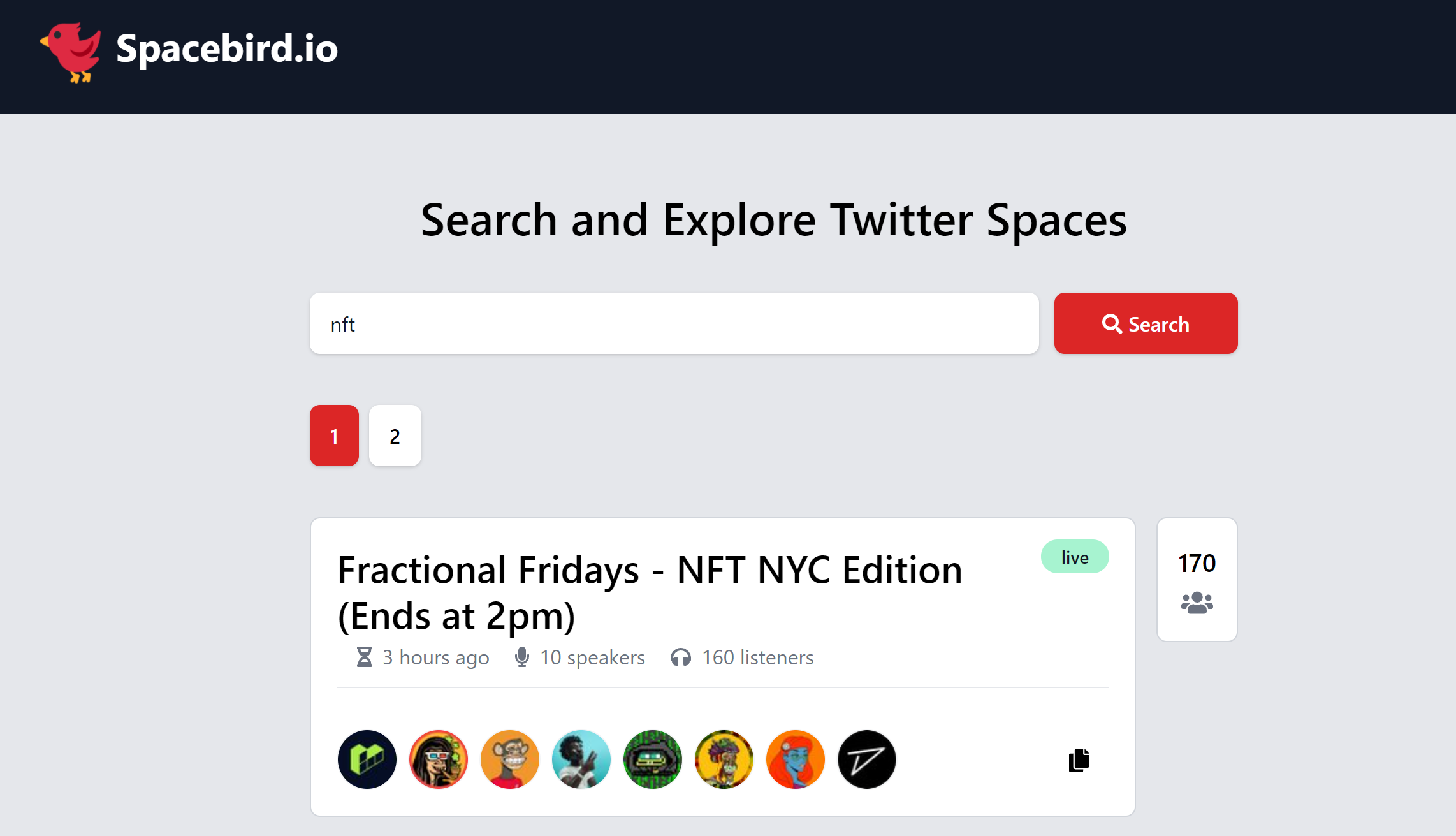 For several months after Twitter released Spaces, their live audio chatroom product, there was no way to search for them.

Either active ones or scheduled.

Spacebird was created to bridge the gap of what Twitter was seemingly slow to roll out: a way to search and find specific topic based Twitter Spaces.

This project/repo is no longer maintained and has been open sourced.

After Twitter released their public Spaces search, directly in the app/website, Spacebird was shutdown. In early 2022, the original domain, Spacebird.io, was sold at auction.

I have made the git repo public and can be used by anyone.